Quantum Computing: An Emerging Innovation in Technology that Will Impact Cyber Security 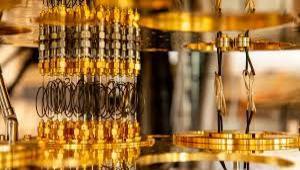 With AI and ML being introduced in all technological segments, the combination of these technologies has brought tremendous changes in cybersecurity. Why did we require Quantum Computing?

Until now, we have depended on supercomputers to solve most problems. These are very large modern classical computers, with thousands of classical CPU and GPU cores. However, supercomputers aren’t very good at solving certain types of futuristic problems.  This is why we require quantum computers.

The quantum equivalent is a qubit. So can also be 0 or 1 or a superposition — any combination of 0 and 1. A quantum computer is able to perform calculations on all four states simultaneously. This scales exponentially nearly 1,000 qubits, in some respects would be more powerful than the world’s most powerful supercomputer ever existing.

Quantum computing, is significant to transform cybersecurity majorly in these two areas:

The emerging field of quantum machining may enable exponential faster, more time-efficient, and energy-efficient machine learning algorithms. This, turn out more effective algorithms for identifying and defeating novel cyberattack. Methods that haven’t been invented yet and be two steps ahead of cyber attackers using new methods for the Data breaches happening around the world.

The most controversial application of Quantum Computing is its capability for breaking public-key cryptography, especially the RSA algorithm, which is at the heart of the nearly $4 trillion e-commerce conglomerate industry.

Consequently, these machines are significantly closer to reality than anyone ever suspected. The result will make uncomfortable reading for governments, military and security organizations, banks, and anyone else who needs to secure data for 25 years or longer.  It would take classical computers trillions of years to break RSA encryption. A quantum computer with roughly 4,000 error-free qubits could defeat RSA merely in seconds. However such a powerful quantum computer hasn’t been build, yet IBM and Google have road maps to defeat RSA with 1 million of today’s noisy qubits by 2030. A million-qubit quantum computer may seem to be a decade away. But that time frame is compressing.